About » Message from the APA President 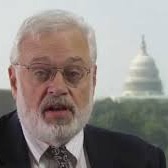 Thank you for visiting the Division 52 website. As APA attempts to become more international, our division, the International Psychology Division, is critical to that effort. We understand and appreciate the diverse activities of psychologists worldwide. Among our goals is to facilitate and sponsor communication and interaction among the world’s psychologists. This year, our division is 25 years old! While that feels like a real accomplishment, it also reminds us that there was no such division in APA for the first 105 years of its existence. The United States of America, has sometimes been known as an isolationist country. Our division endeavors to open doors to better understand and appreciate the entire world.

The world has shrunk since many of us were children, or even early career psychologists. One can now easily communicate quickly with psychologists and others around the world. It is critical that such communication be meaningful, whether it is answering or attempting to respond to the serious problems and concerns of the world or advancing psychological science and practice. As an organization comprised of individuals from many countries, Division 52 is well positioned to contribute to the achievement of such goals. The United States of America, indeed, the Western world of our planet, do not own and control psychology. And we all must recognize that the role of culture—a term I never heard once in five years of graduate training in psychology—is something we much recognize and work with other professionals, such as anthropologists, who often understand its pervasiveness and impact more than we do. We must not only work in an international manner but also in an interdisciplinary one as well.

We hope that you find our division, its journal and other communications, and our programs at the APA convention useful. We welcome your input, involvement, and invite you to join our division, if you are not yet a member. We believe in open communication and understand that not everyone holds the same political, scientific, and practice perspectives. Understanding each other is an important first step for any communication. Our goal is to be inclusive of the world’s psychologists, while recognizing that as a fundamentally U.S. organization we are likely to hold certain perspectives. Like all psychologists we work hard to engage in science and practice effectively, but we do so with more of an international perspective than many others. And we especially appreciate our international members! We hope that you find our orientation of value and ask you to consider shaping our division’s future. We ask you to join if you are not a member already. We ask that all of you participate and, speaking personally. I look forward to meeting and communicating with you.